My name is Jenni Lautakatto.
I am a  'lady musher'  from southern Finland. 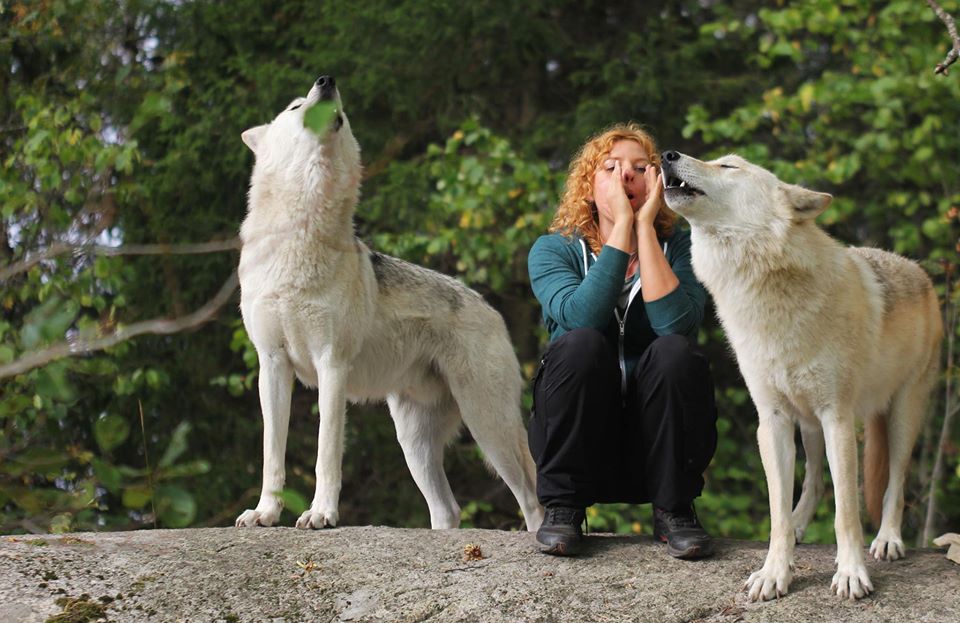 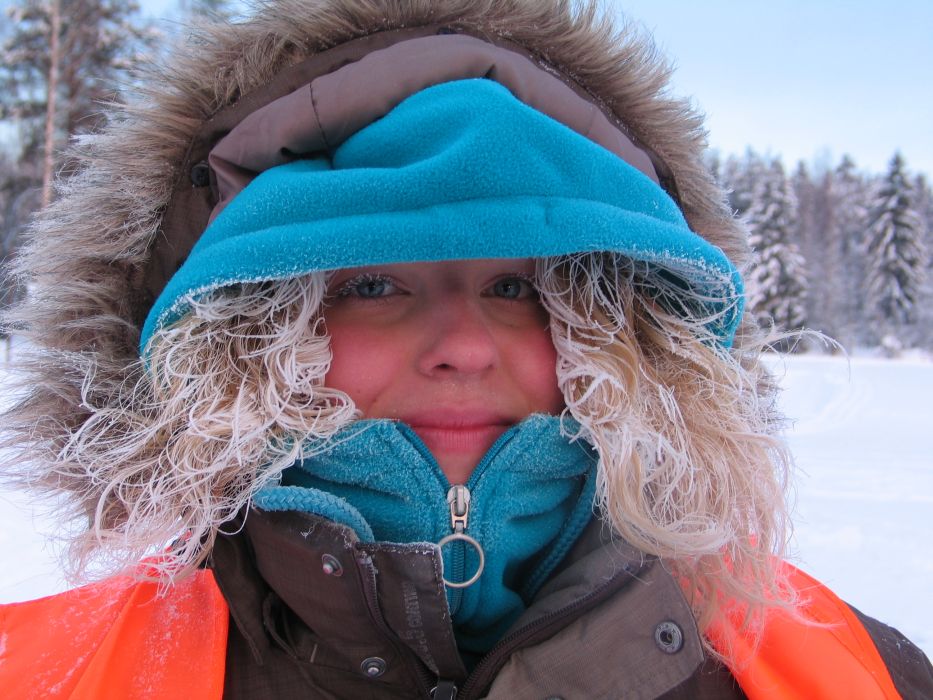 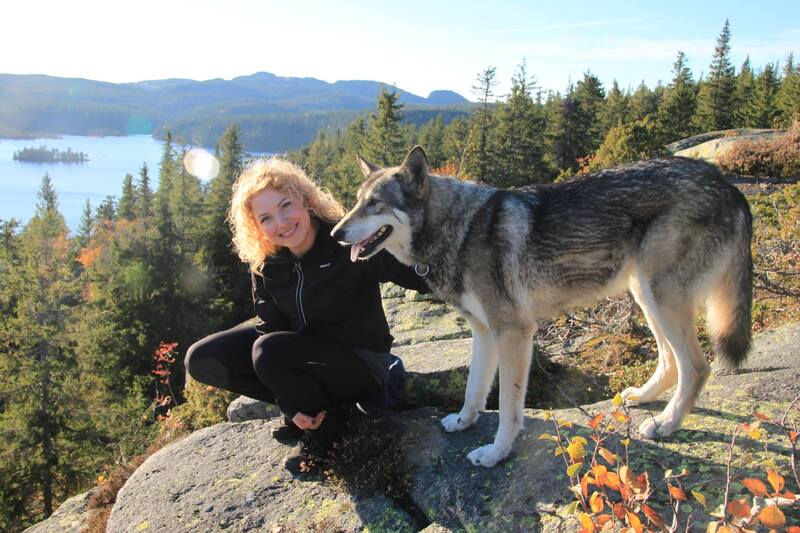 I was born in 1984 in Helsinki. I grew up in Laajasalo island, located in the south-east coast of  Helsinki, where my family history dates back to late 1800s.
Our home was a lovely old logg house by the sea, without the modern convenienses such as the running tab water. Life there was comparable to living in a countryside cottage year round, and the immediate proximity to the sea had it's affect on our every day life. Sometimes during the autumn floods the only way to get to school on Santahamina island nearby, was by boat.

My parents cherished ekological values and tought us children to enjoy outdoor life.
Also their work was closely related to nature and animals;
my father worked as a fisherman, and every now and then he took us with him to the sea to experience the beautiful Finnish archipelago.
The 40 feet long fishing boat wasn't too fast so it offered a great opportunity to experience and understand the true nature of  the unique Finnish archipelago.
My mother, in turn, had her own pet shop, and from early on I got used to taking care of lots of different animals.
So the love for animals and nature was implanted in me already in childhood.
Dachshunds and Belgian Shepherd Tervueren have been bred in my family since the 1980's.
Besides having many dogs, we also had all sorts of other animals from cats, rodents, and birds to reptiles, invertebrates and aquariums.
In these down-to-earth surroundings it was impossible for me to grow up as an average city-person.
Actually I could rather say I am more like a 'country girl' :)

Also my studies have followed these same themes;
-in 2003, after visual arts oriented highschool, I studied biology at the University of  Helsinki,
and later, in 2008-2009, I studied pet nursery. In 2017 I finished my studies on entrepeneurship
​and in 2019 I gratuated as a nature guide

As long as I remember I have admired arctic dogs.
-As soon as I started speaking I demanded to get a sled dog of my own.
In my opinion our house was full of, (-though they were nice dogs-), totally wrong breeds.
My dream became very obvious to everyone;
-it was my main subject to talk about, and my room was covered with dozens of posters of sled dogs and wolves. 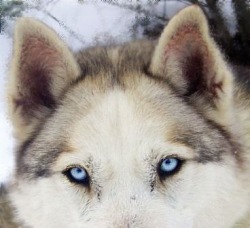 It was in the end of 2000 when my childhood dream finally came true and I got to buy my first sled dog;
an Alaskan Malamute male namedÖnni.
And like the story often goes after having the first sled dog,  I had to have more ...
a whole team of them!
In a few years Önni got couple of friends, Sampo, and  Helmi.
So first there were three Malamutes...
But after I had been sledding with a team of these huge, heavy built weight pullers for some time, and watched how all my friends with their Husky teams disappeared in the horizon, I began to yearn for faster speed;
-I had to have a faster dog and of course the Siberian Husky was my choice!
And so in December 2006 I got one from Wintry -kennel!
It wasn't long before another one came, 'Pellis', this time from Sainen -kennel.
And after a year had passed, there were four Huskies in the pack!
This way I soon got a good start for both racing and small-scale breeding work with Siberian Huskies, mainly to build my own team.
My first litter of Siberians was born in February 2008 for Pellis.

My racing team consists of six to eight  Siberian Huskies. I race on sprint and mid distance, and some of my Sibes have also raced on long distance in other mushers' teams.
During the years I have also had a few  house guards in the pack;
The Shepherds
and actually, to be precise, they also proved to be well working sled dogs too!
-Our White Shepherds are the first in breed to have passed the working trial for sled dogs!

And of course, last but not least in any way, there are the Thulean Minihuskies ... these fantastic little creatures which have all the lovely features of arctic dogs in a small package! The perfect athletic pet dog!
Lifestyle & hobbies:

As mentioned before, training the team is my main hobby and I also enjoy hiking, -especially during the summertime when it's too hot to let the dogs pull.
I have also done obedience and tracking with the Shepherds and I love our daily canicross runs with the Thulean Minihuskies.

From 2007  I have offered Husky rides for customers, but so far our main income is elsewhere.

Dog shows became familiar to me already in childhood, but it's not my passion to take the dogs to show rings. Though I do take them to a few shows to be evaluated, -especially the ones I plan to breed, and of course the shows are one of the places where to meet friends and other breeders & mushers.
And naturally I am very interested in hearing what the judges think of the dogs I have bred.
But what attracts me the most in these dogs is their working abilities, combined with the beautiful, arctic and primitive appearance....I may have read some Jack London's novels in my life...     ;-)

My dogs live mainly outside around the year. They have large enclosures so that they have enough room to run and play when at home and not working.
The puppies will be socialized and trained to live indoors, and of course before taking to shows we take the dogs inside to wash them and to keep them clean for the event.
The dogs are used to live outside so they don't wish to be inside the house where usually is too hot for them.
Yet all of them knows how to behave indoors, and so they can always be taken inside if necessary.
In their enclosures the dogs have their own doghouses to sleep in.
Inside the doghouses I use straws, cutter and RutiRex.

The adult dogs are fed once a day. Puppies and nursing mothers more often; 3-4 times a day.
50% of their diet consists of high quality and high energy kibble,
and 50% of raw meat (poultry, pork, beef, lamb, game), fish, bones and cartilage.
Also ,especially during the working season, I add lots of pure fat (chicken, pork & beef) and fish oils to their food.
Even during summertime when the dogs are less active I still feed quite fatty food for them because the digestive system of  arctic animals (also arctic dog breeds!) is adapted to fatty diet (in their original regions arctic dogs eat lots of seal and fatty fish like salmon). If needed, I will feed smaller amounts of food rather than give low fat food.
I buy the food from various sellers;
from pet stores, AGRI-markets, slaughterhouses/farmers...etc.

I hope you enjoy your visit at our site!

I have passed the Finnish Kennel Club's breeder's course and signed the
BREEDER'S  COMMITMENT
Plenty of more pictures of our life with the dogs here!